All your opportunities are here!

The ICO plan for the second year of the Platform's activities is 60 projects (own financing if meet the collection rate from 15 projects of the first year, fundraising from first year => USD 150,000,000).

The ICO plan for the third year of the Platform's activities is 240 projects (own funding if meet the collection rate from 60 projects of the second year, fundraising from second year => 600,000,000 USD).

The sixth year can be considered as a stable market niche platform.

With a return on investment at 6% per annum, the value of the e-bank of the platform for the 6th year will exceed 40 billion USD - with normative 10,000,000 for users. Excluding the profit from various financial transactions, it is expected to double-triple the preliminary figures. There is no analogue in the world! 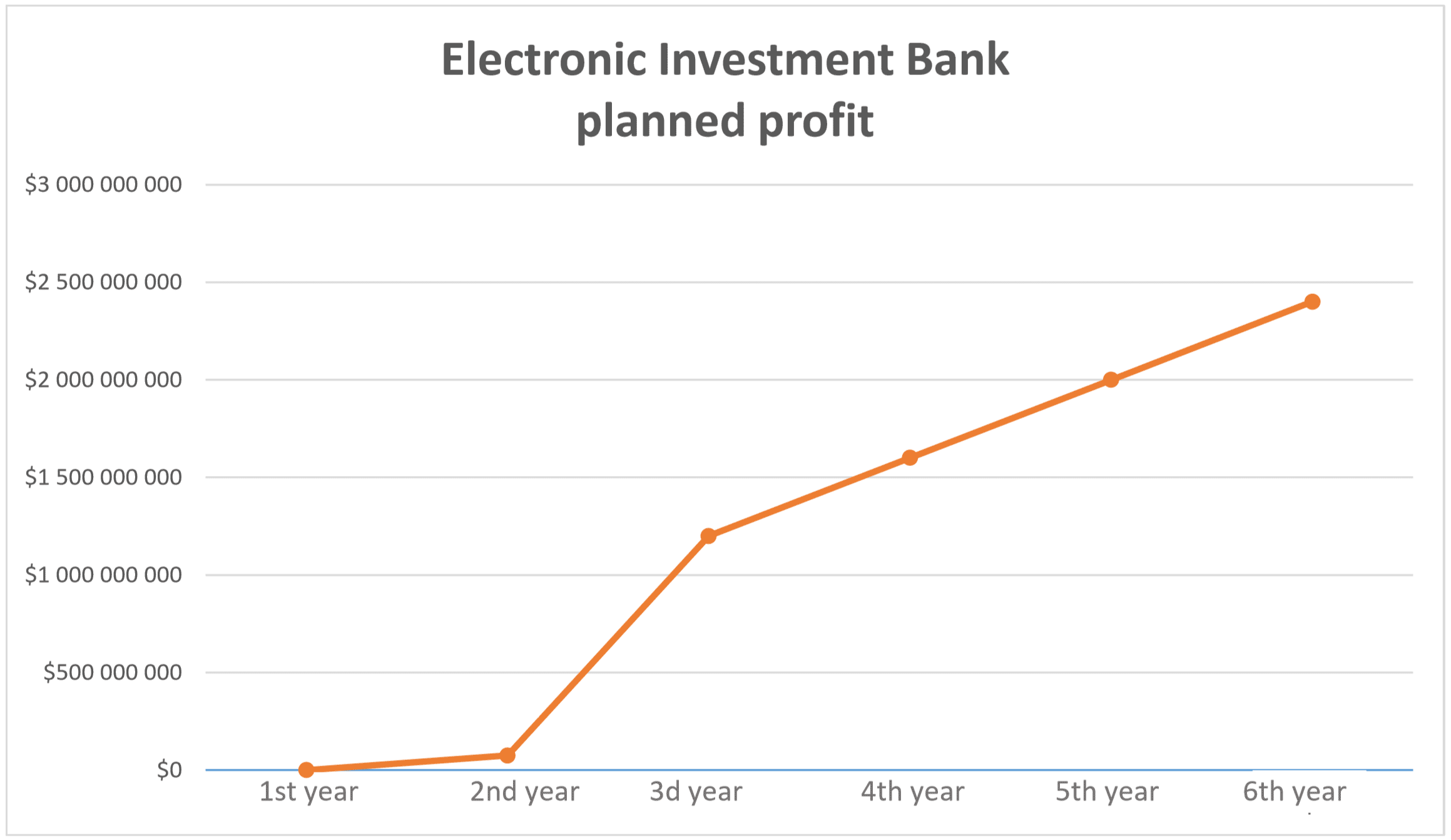 During the first year all users will receive a VIP-status, which allows to exclude the display of ads on side banners and in applications, as well as other status privileges. Next, a monthly VIP-status fee will be established at 1 USD. An analogue of incomes for getting a VIP-status will be payment for advertising from external companies, which will be shown to free users.

The possibility for users to make profit from Internet sales (normatively from 3 000 USD per year for an active user) due to participation in the surcharge (charged for site development and insurance) will amount to more than 360 000 000 USD for the third year of operation and will exceed 720 000 000 USD for the sixth year of functioning.

The sixth year can be considered as a stable market niche of this direction of the company's business. The cost of the social and business part of the company will exceed 12 billion USD by the results of the 6th year at the rate of return on investment at 6% per annum. Excluding the profits from various applications, it is expected to double or triple the preliminary figures.

4. The total planned profitability of the Innovation Investments 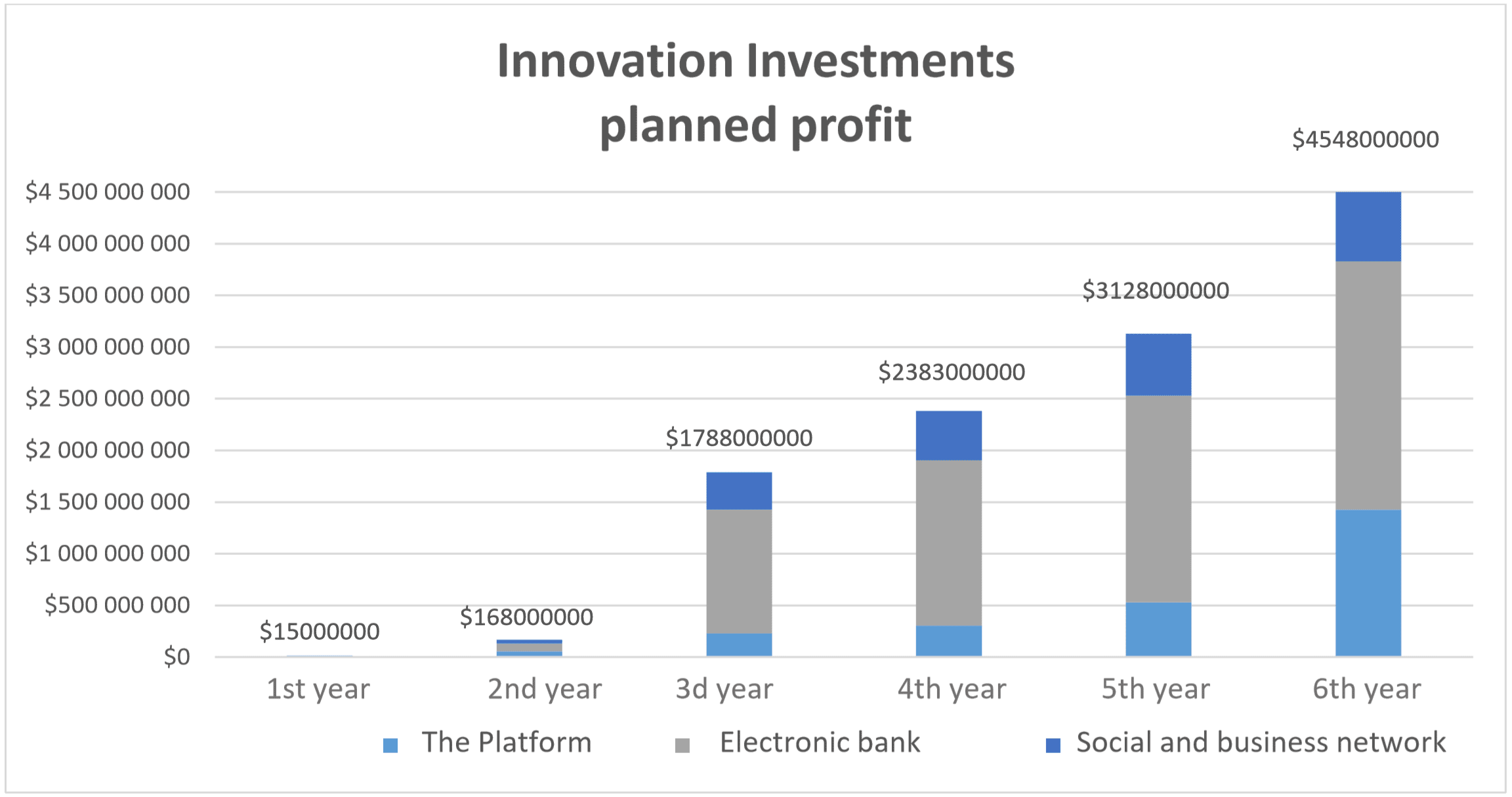